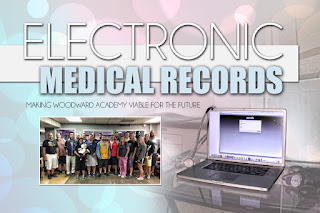 This story was originally published in Volume 39 of the Knightly Knews that you can download here.

Change is a function of every industry, and the companies who embrace and initiate that change are the ones who remain viable into the future. Without change, any organization, including Woodward Academy, would lose their competitive edge and fail to meet the growing demands of their client base.

Electronic medical records (EMR) are at the center of health care reform in the United States. Under the guidance of Sequel Youth and Family Services, and the development of Willetts technology, Woodward Academy recently entered the ranks of operating within a federally certified EMR system. The road to this point was thoughtful, full of trial and error, and long, but a necessary step to be at the forefront of what will be inevitable. The decision to invest time and money into developing an EMR system was easy. Marianne Birmingham, Sequel Youth and Family Services Corporate Outcomes Manager, notes that having an EMR system “dramatically increases our ability to automate certain features that are proven to improve client safety. EMRs also improve our ability to communicate, be in compliance, and evaluate client outcomes.”

Email ThisBlogThis!Share to TwitterShare to FacebookShare to Pinterest
Labels: Medical 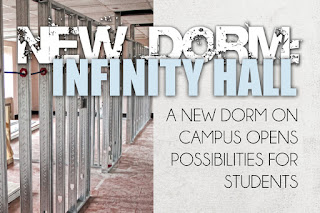 On August 14, construction began on Woodward Academy’s newest dormitory, Infinity Hall, and today that dorm opened. The 16 bed dorm is the first since Legacy Hall opened in 2009, and sits directly above the refurbished clinical services department in the newly acquired Elmcrest wing of campus. It is the new home to an expanded Phase 5 program.

Programming for students on campus involves four phases. In 2012, that programming was expanded to include an additional phase that focused on student transition opportunities. Over the course of a year, two off campus houses were opened that encompassed the Phase 5 programming and served 12 students.

The decision to bring one of those houses back to campus was reached with the intent of impacting more students with this programming. Over the past 3 years, there have been several good student candidates for the Phase 5 program, who were not able to be a part of it due to capacity issues. Phase 5 students are veterans of Woodward Academy. They are Knights and leaders across campus, and have demonstrated to have a sound understanding of the philosophy. Many of the students are upper classmen, although it is not a requirement, and are thinking about what their next step in life is.

With the expanded dorm, the Phase 5 program will be able to grow to 22 students and will be available to many more students. Additionally, they will have access to the same therapeutic services as the rest of campus, and will be able to have a greater presence on campus by participating in many more campus activities. Woodward Academy’s current capacity is now 272 students.

Posted by Woodward Academy Knights at 12:33 PM No comments:

Email ThisBlogThis!Share to TwitterShare to FacebookShare to Pinterest
Labels: Dorm 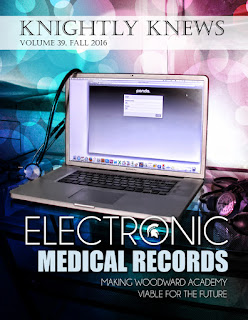 The latest edition of our award-winning publication, the Knightly Knews, is now online and you can access it by clicking here. As a .pdf document, you can view or download the quarterly publication to your computer, iPad, or smartphone for easy reading. This Electronic Medical Records edition includes:

We hope you have a chance to check it out and enjoy the read.
Posted by Woodward Academy Knights at 11:46 AM No comments: 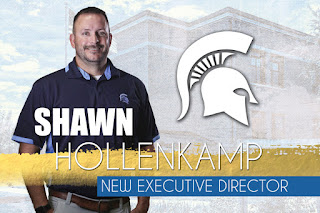 In September, Shawn Hollenkamp accepted the position of Executive Director at Woodward Academy, a return to campus for a company that he has spent the last 14 years of his career. After graduating from Iowa State University in 2001 with a degree in Child and Family Services, Shawn began his career at Woodward Academy in 2002 like many others, as a youth counselor.

Over the course of his career, Shawn has held many positions on campus including operating the daily shifts on campus in a Group Leader role, to supervising a dorm as Program Director. In 2006, Shawn was promoted to Group Living Director, a position he held until 2013 when he was once again promoted to Executive Director of Woodward Community Based Services (WCBS). Located in Des Moines, WCBS was “founded in response to the growing need to serve children, adolescents, and their families in their home community.”

When Shawn took over at WCBS, they were operating five separate community based programs. Under his leadership and with a great team, WCBS expanded their services and cast a wider net across the state to serve more needs. Tracking and monitoring, out-patient school based therapy, substance abuse treatment, and family peer support services were all added. WCBS also received a grant called Community Based Interventions, and a contract to be the Boone County Juvenile Court Liaison. Most recently, WCBS had been approved to provide residential in-home services for adults who are Severly Mentally Impaired (SMI).

Upon his return to campus, he is excited to meld his group living and community based experience into one, and he is excited to be back on the campus where his career started 14 years ago. The position opened after Ryan Santi, Executive Director from 2013 - 2016, was promoted to Vice President of Operations within Sequel Youth and Family Services. He will now help build facilities across the country within the Woodward Academy model.

Posted by Woodward Academy Knights at 8:52 AM No comments:


For approximately a year, the clinical services team has been occupying their new wing on campus: Elmcrest Hall. The expansive space is certainly making a difference to what they had before. For years, the team was separated across campus, and at one point, 6 therapists were sharing a small classroom in the education building. Today, thirteen therapists have their own office space in Elmcrest, with plenty of room to grow.

Amidst the offices, there are several large areas for group sessions to take place. Knight’s Mind Training, art therapy, and trauma therapy groups now have ample space to operate. In addition, the substance abuse counselors and behavioral health intervention services (BHIS) counselors have moved to Elmcrest to join the rest of the team. There is also a play therapy space, and a room dedicated solely to neurofeedback.

To get a visual of what Elmcrest looks like, take a tour with clinical therapist, Monica Johnson.

Posted by Woodward Academy Knights at 2:30 PM No comments: