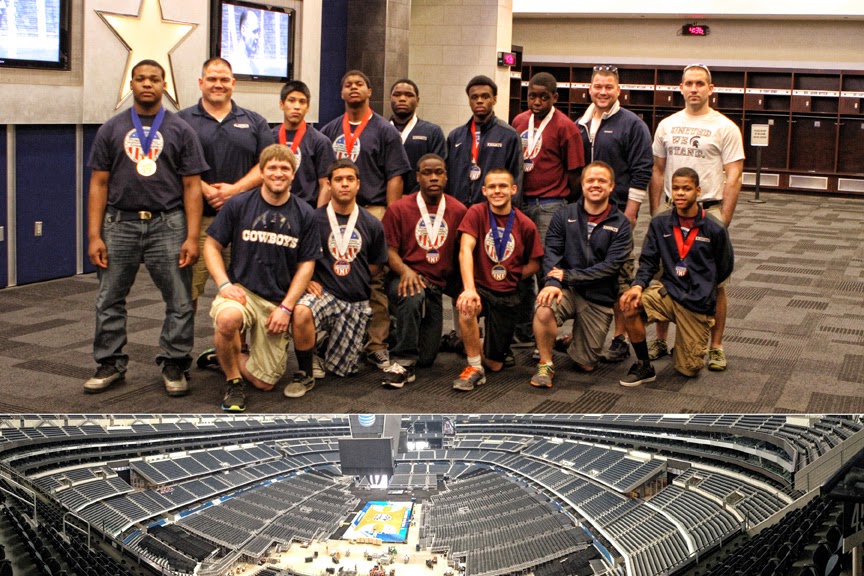 On Saturday after the competition, the team traveled north to Dallas and spent the day touring AT&T Stadium, home of the NFL Cowboys. At a cost of $1.3 billon dollars, owner Jerry Jones spared no expense to create the most impressive stadium in the world. One of the many attractions is the largest video screen in the world, which is 60 yards long and 7 stories high. You can read more on the stadium here and here. Since opening in 2009, the stadium has hosted some of the largest events in the United States including the NBA All-Star game, Super Bowl, and mega concerts by U2 and George Straight, all in addition to being host to the Dallas Cowboys. When the Knights toured, the stadium was being renovated to host the NCAA men's basketball Final Four.

During the tour, the team got to see press row, a luxury box, and even the Dallas Cowboys locker room where they took the team photo pictured. The tour guide was very knowledgable and recited amazing stats throughout the tour. If you've never been to the stadium, it truly is unlike any other in the world and was very cool to see.
Posted by Woodward Academy Knights at 8:52 PM No comments: 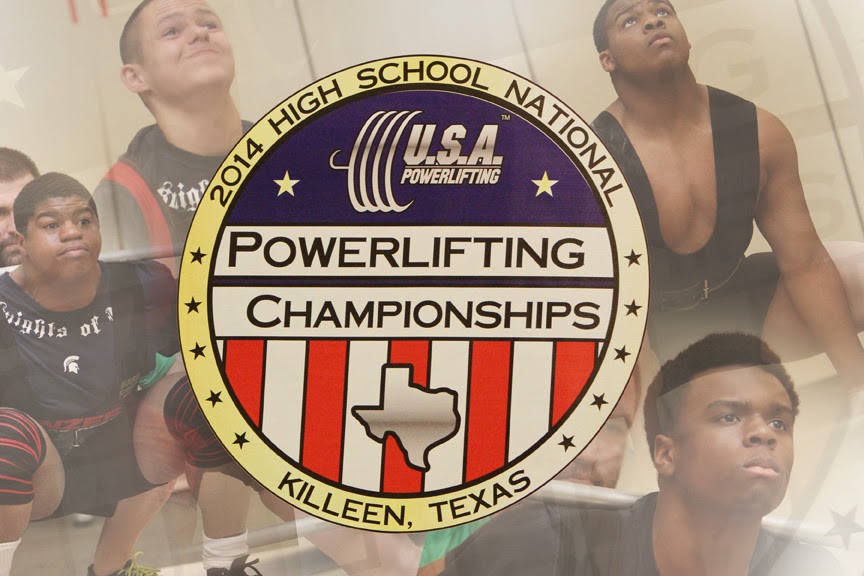 The 2014 USA Powerlifting High School National Championships were held in Killeen, Texas, March 28-30. The Woodward Academy Knights walked into the meet as 8-time defending team National Champions and over the past 9 years have crowned 20 individual champions. Killeen was the host of WA’s first trip to Nationals in 2004 and was also the home of their 5th team title in 2009.

The powerlifting season began in November and followed the same road to the Nationals as previous years. There were two meets in Nebraska and WA’s home qualifying meet prior to Nationals. Those meets served as good preparation for the larger meet, but also were needed in order for the lifters to qualify for Nationals.

After the break, see how WA performed at Nationals.
Read more »
Posted by Woodward Academy Knights at 1:38 PM No comments: 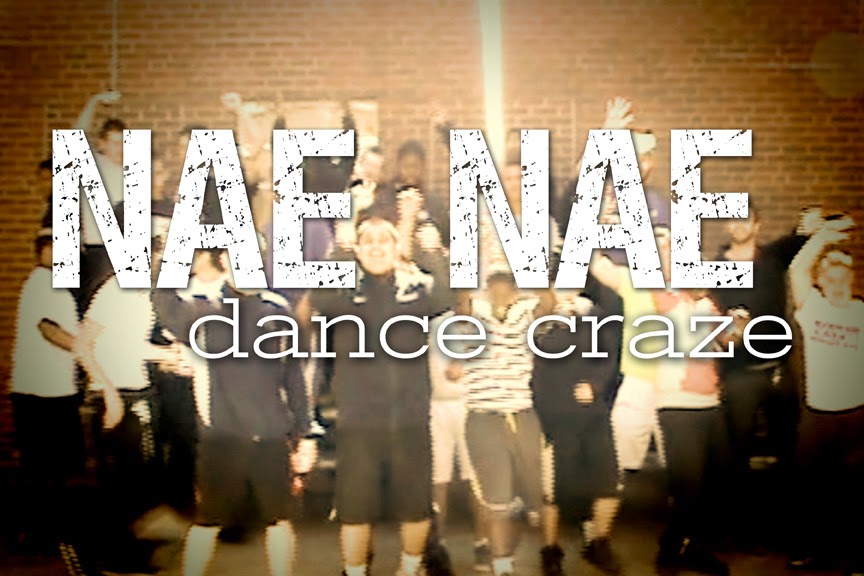 During spring break, each dorm organized and videotaped their best version of the popular Nae Nae dance. If you're wondering what the Nae Nae is, click here for a breakdown of it. It's the hottest dance craze right now and even Iowa State University men's head basketball coach Fred Hoiberg broke it out while celebrating the Cyclones going to the Sweet Sixteen in the NCAA tournament.

The video below is a compilation of each dorm. Before watching, imagine what a video would look like if you told a bunch of teenaged boys to dance like crazy for the camera. You'll see some real personalities in the video and the students completely loved it.

Posted by Woodward Academy Knights at 12:59 PM No comments: 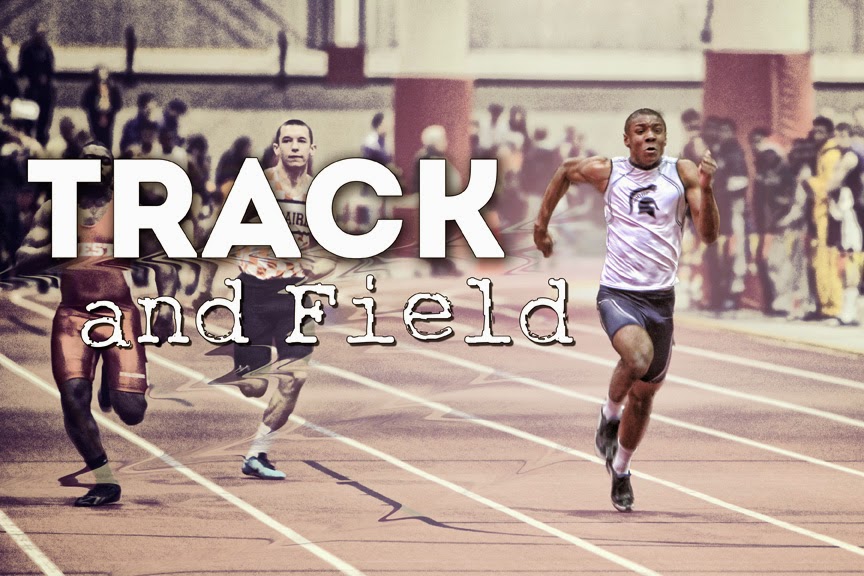 The high school track season has been underway with practices since February. In typical Iowa fashion, the past month has been a combination of cold and snow, making practice very difficult. The team has done a lot of conditioning indoors and has ventured to the track as much as possible during the few 50 degree days. But last week marked the beginning of the meet season with an event at Iowa State University's indoor facility. The open meet hosts school from all classes and is a great way to get all athletes ready to compete. The Knights competed in a dozen events to kick start their season. You can view some pictures from the event by going to our Knight Pics website by clicking here.

Track and field is one of Woodward Academy's more accomplished sports. They are defending District Champions and last year qualified for the State Meet in 7 events. This year, State will once again be held at Drake Stadium, May 22-24.
Posted by Woodward Academy Knights at 1:07 PM No comments:

Email ThisBlogThis!Share to TwitterShare to FacebookShare to Pinterest
Labels: Athletics, Track and Field 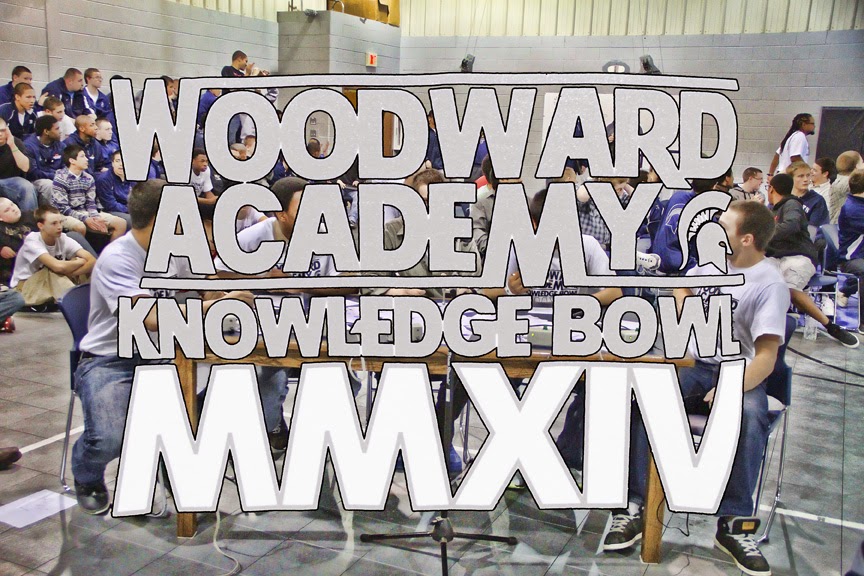 Last week, the 2014 Woodward Academy Knowledge Bowl took place with the winning dorm earning a trip to Kansas City. This year's format had all of the teams answering common knowledge questions, where the correct answers helped seed the dorms for the head to head, bracketed tournament. Teacher submitted questions where combined with common questions in 15 minute rounds to determine the winning dorm. This year, Navigator Hall took the top prize after narrowing advancing in the semi-final round in an overtime question. The competition is an annual event and previous winning dorms have traveled with Chicago, Minneapolis, and Omaha.
Posted by Woodward Academy Knights at 7:51 PM No comments: 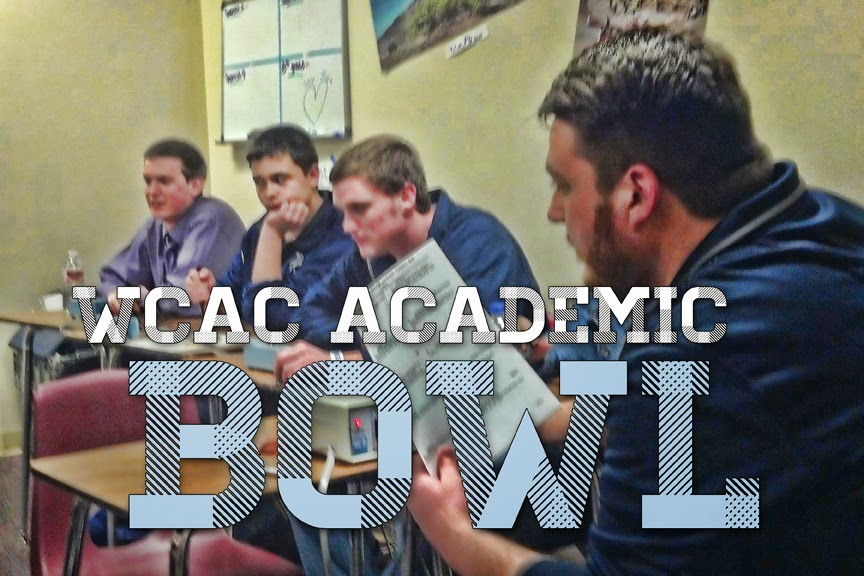 Five WA students recently competed in the West Central Activities Conference Academic Bowl. Annually held at Des Moines Christian High School, the Academic Bowl pits schools against each other in a competition of academic knowledge. The Knight's team was chosen after they completed and scored well in a preliminary test administered on campus. The team represented themselves well in the competition and as a team, scored better than previous years. This is the third consecutive year that the Knights have entered the competition.
Posted by Woodward Academy Knights at 8:11 AM No comments: 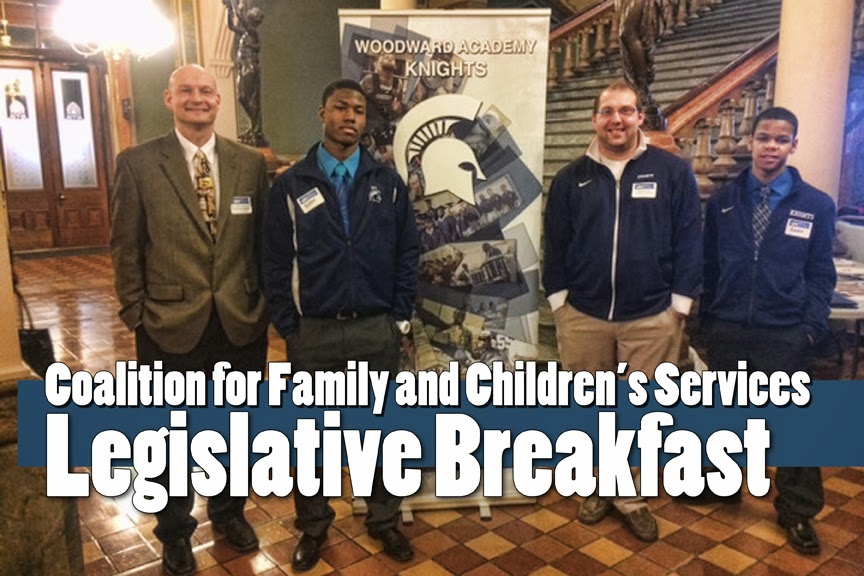 Pictured are a couple WA Knights with Executive Director, Ryan Santi, and Group Living Director, Trent Fleshner, at the Coalition for Family and Children's Services Legislative Breakfast, held at the Iowa State Capital. The Coalition's breakfast is an annual event where state legislators are invited to meet with over a dozen members of the Coalition, including Woodward Academy. Awards are presented for work done with the children of Iowa and it also provides facilities face time with legislators to discuss relevant issues. Victor Fuller and Gabe Lee, Executive Knights on campus, did a great job explaining to the Senators of Iowa about the WA Experience and many gained some understanding of the services that WA provides.
Posted by Woodward Academy Knights at 11:44 AM No comments:

Email ThisBlogThis!Share to TwitterShare to FacebookShare to Pinterest
Labels: Philosophy 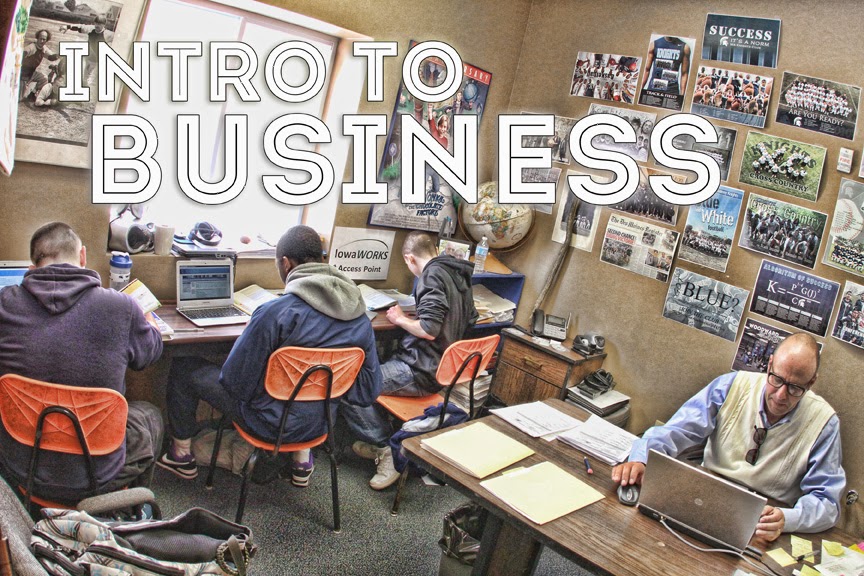 This semester, three WA students are taking a college course online through Iowa Central Community College. These students are considered good candidates to be college bound once they leave WA, but they have not yet completed their program on campus. Students who take college classes are those who have either earned their high school diploma, or recently acquired their GED certificate.

The Intro to Business course is a good class for students to begin with to get a taste of the workload that college classes require. The students work on it throughout the week and check in with WA's Educational Liaison, Jon Shelness, twice a week to input their assignments. The courses are being paid through the Woodward Academy Lifetime Commitment Fund.
Posted by Woodward Academy Knights at 9:00 AM No comments: 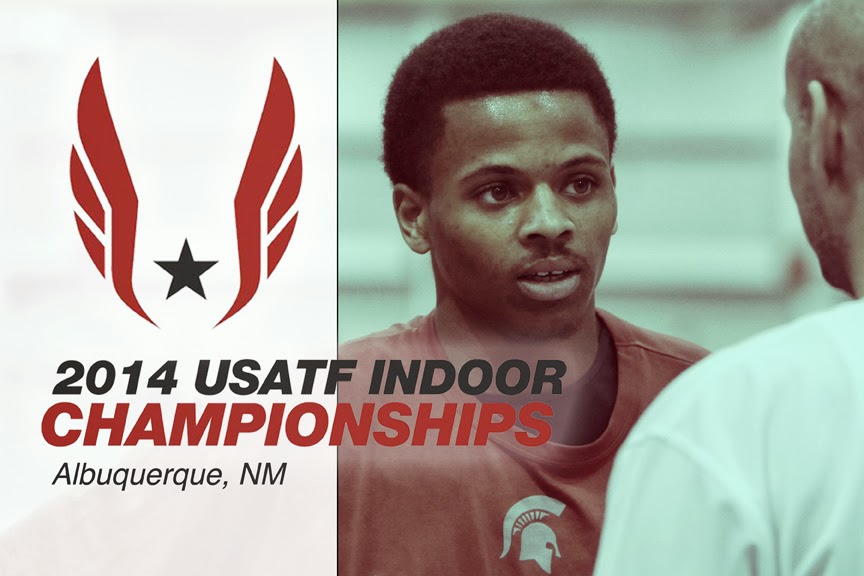 In the last edition of the Knightly Knews, we did a cover story on Woodward Academy alum, Cal Lane. At that time, Cal was resurrecting dreams of becoming a professional track athlete and his first step was to compete at the USATF Indoor National Championships.

As a 6-time state champion, Cal certainly has the athletic prowess, but lacked a lot of the resources necessary to compete on the national level. He continued to train on his own after work and with the help of WA, competed at Iowa State University’s indoor Holiday Preview event in December and won, despite not jumping his best.

Since then, he has competed at events at Arkansas University, the University of Kansas, and the University of Indiana, all leading up to qualifying for the USATF Indoor Championships. On February 22, Cal Lane was jumping with the nation’s best at our National Championships in Albuquerque, New Mexico. He was one of 16 who qualified and finished 11th after jumping 24’ 1/4’’. After jumping a new personal best this season of over 25’, Cal is looking forward to a successful outdoor season later this year.
Posted by Woodward Academy Knights at 1:26 PM No comments: