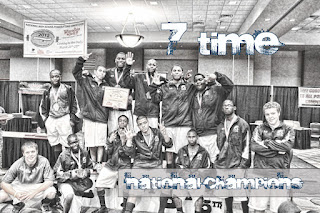 The 2012 Woodward Academy powerlifting team brought home its seventh consecutive USAPL High School National Championship this past weekend when they returned from Wisconsin Dells, WI with hardware in hand.  The three day event that took place from March 23-25 is always the culminating event of the season and the team wrapped it up in style.
Read more after the jump.
Read more »
Posted by Woodward Academy Knights at 8:10 AM No comments:

Extracurriculars End for the Season 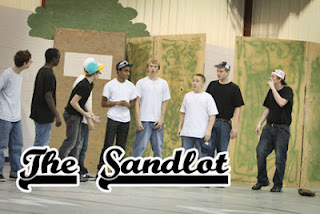 Since last fall, the extracurricular activities at Woodward Academy have taken place after school, 4 nights a week.  This time around, the goal was to produce a "final product" that students could work towards while engaging in the various activities.  Last Friday marked the end of this extracurricular cycle and each group was able to show off their products in the afternoon as other students viewed their presentations.  Read more after the jump to look at this year's events.

Read more »
Posted by Woodward Academy Knights at 7:37 AM No comments: 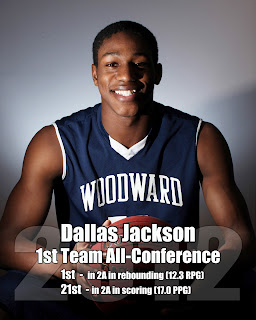 It was recently released that Dallas Jackson (senior) earned 1st Team All-Conference honors this year in a phenomenal season for the Knights.  Beyond being the clear leader on the team and only returning starter, he ranked amongst the best forwards in class 2A.  He led the state in rebounding with 12.3 RPG and averaged 17 points per game as he led the Knights to a 3rd place regular season finish in the West Central Activities Conference.

Dallas currently stands as the Woodward Academy career leader in Total Points, Field Goals Made, FG Attempts, FG %, Free Throws Made, FT Attempts, Rebounds, and Steals.  According to head coach Trent Fleshner, many of those stats will stand for a very long time, most notably his rebounds.

Next year, Dallas plans to play basketball at the college level and is being recruited by a number of Iowa schools.

Posted by Woodward Academy Knights at 8:15 AM No comments: 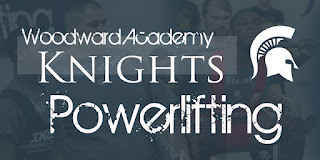 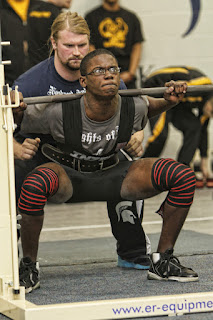 For the past five years, Woodward Academy has hosted a sanctioned USA Powerlifting Meet prior to that meet.  This year the home meet was held on March 10.  When head powerlifting coach Guthrey Fritz initiated this idea, he recognized that it would be a good opportunity for lifters who have already qualified for Nationals to practice competing in the events.  For those lifters who have not qualified, this would be their last chance to do so before the Nationals meet.

The USAPL High School Nationals meet is different than other powerlifting meets in that all lifters competing have to qualify prior in a sanctioned event.  What that means is that each lifter must prove that they can lift a total amount of weight between the 3 events of squat, bench press and deadlift.  For example, a lifter in the 165 pound weight class must prove in a previous meet that he is able to lift at least 875 pounds.  So the competition at the Nationals meet is significantly different than other meets in that all lifters can do that minimum.  Champions are crowned in how much they can lift in addition to that.

Read more after the jump. 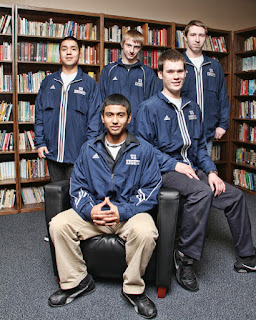 22 teams were represented at this year's event and were ranked prior to competition based on written scores that each team submitted last week.  As a late addition to the competition, the boys had little time to prepare and were ranked 17th going in.

The five members were a little nervous at first.  There was the uncertainty of never competing in such an event along with representing Woodward Academy for the first time in the WCAC Academic Bowl.

The Bowl consisted of 4 rounds of questioning.  After each round, teams were ranked again according to how they performed.  The WA team was very competitive throughout the competition and beat an Earlham team in the 3rd round.  Overall the students did a fantastic job and represented WA really well.  According to head coach Jeremy Hilbert, they worked hard and were always the first to congratulate the opposing team.  Woodward Academy plans to make this an annual event.


Posted by Woodward Academy Knights at 7:50 AM No comments: 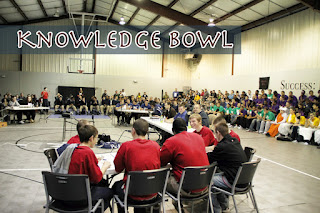 The 7th annual Knowledge Bowl started at 9 o'clock this morning to a rowdy and enthusiastic crowd.  In February, we teased the event with the promotional poster.  If you didn't have a chance to see it, you can do so by clicking here.

To recap, the format is a bracketed event where all 8 dorms compete with the winner advancing to the next round.  It's like March Madness!  Rather than a trivia competition, several years ago the structure was changed to where teachers submit questions from their classes.  This way, each dorm has an equal opportunity to perform well and win.  To get you in the spirit of what the Woodward Academy Knowledge Bowl consists of, the following are 5 questions taken from the event:

1. The set of all points in a plane equidistant from a given point called the center forms what geometric shape? 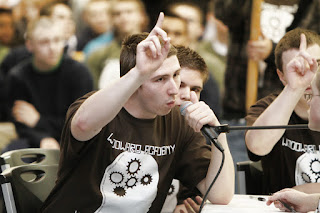 2. What are individuals who are paid to fight for another country called?

3. If someone is said to have "dropped their jaw," what bone is being referenced?

4. A complete sentence must include which three things?

5. Numbers that cannot be written as ratios are called?

Read more after the jump.