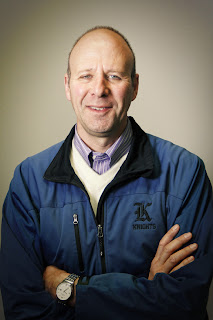 On April 19, the Iowa Chapter of the National Association of Social Workers (NASW) awarded Woodward Academy's Jon Shelness the 2012 Greg Gaul Shining Star Award. The award that honors Gaul sheds light on the importance of working with troubled youth and the sacrifices that some have paid as a result. In 2004, Gaul was killed by a teenager he was working with and the event rocked the social worker community and the State of Iowa. The NASW has an article here on the impact that this tragedy, and others like it had on the nation. Since then, the Iowa Chapter has honored his legacy with this award. The awards ceremony and luncheon took place in Des Moines with each recipient taking time to do an interview with Mediacom that played at the event. Thanks to Mediacom for providing this video to us. After the break, you can see Jon Shelness talk about his experiences at Woodward Academy and his dedication to his career.

Read more »
Posted by Woodward Academy Knights at 10:11 AM No comments:

Drum Line Superior at the IHSMA 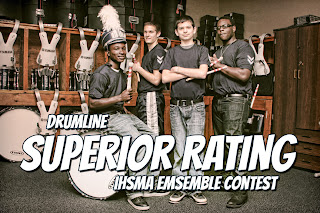 Earlier this month, five drum line members performed at the Iowa High School Music Association's solo and ensemble contest. Justo Gonzalez, Princeton Little, Warren Krieg, Ryan Mackey, and Jalen Gary scored "one" ratings on both of the performances during the contest. The superior rating is the highest possible at the IHSMA and requires precise playing among the members. Students from across the state compete at this annual event and to score a "one" is a significant accomplishment. As we move into spring, drum line season will begin to pick up with the full line up getting ready to play at community events.
Posted by Woodward Academy Knights at 8:49 AM No comments:

Email ThisBlogThis!Share to TwitterShare to FacebookShare to Pinterest
Labels: Drumline

Posted by Woodward Academy Knights at 8:48 AM No comments:

Track Season Update with a Win and Records 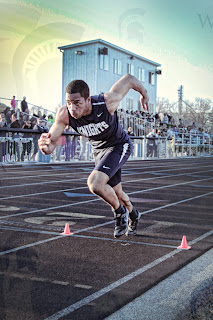 The weather does not feel like spring out this year, but track season is in full swing at WA. The season is nearly half over at this point, and the Knights have hit their grove as they begin to run down the final stretch of the season. Last week marked the high point thus far on the season where the Knights won the Oskaloosa meet with an impressive 59 points. According to the coach, "nearly every athlete set a personal record at the event," which contributed directly to their victory. The team has also grown over the course of the season after refining their practice routine and work ethic. One attempt to rejuvenate the runners in practice was to force them to work together. On a snow covered afternoon, the team worked up a snowy hill, grappling with every step. As it turned out, the team loved it and it helped create this year's motto of "Separate Ourselves," which is exactly what the Knights are beginning to do. Check out after the break more of what the coach had to say about the team along with some other notable accomplishments from the season.

Email ThisBlogThis!Share to TwitterShare to FacebookShare to Pinterest
Labels: Athletics, Track and Field 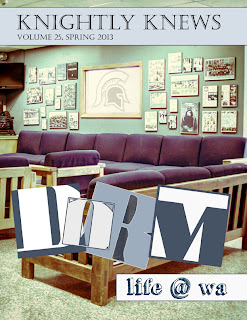 The latest edition of the Knightly Knews is now online and you can access it by clicking here.  As a .pdf document, you can view or download the quarterly publication to your computer, iPad, or smartphone for easy reading. Some highlights in this edition include:

We hope you have a chance to check it out and enjoy the read.

Posted by Woodward Academy Knights at 9:41 AM No comments: 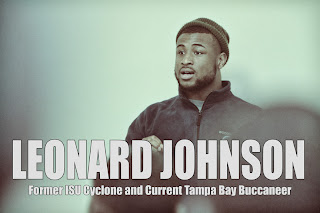 Leonard Johnson stopped by WA on Wednesday to talk to some of the top Knights on campus. Johnson was a former Iowa State Cyclone player and is now entering his second season in the NFL. He signed as an unrestricted free agent with the Tampa Bay Buccaneers in 2012 and was considered a top prospect by many NFL teams. In 2012, he started 12 games with the Bucs and recorded 41 tackles playing cornerback. His connection to WA is that he grew up and played college football at ISU with WA staff member, and football coach Jason Harris. After the break, check out the video of him speaking to the Knights.

Read more »
Posted by Woodward Academy Knights at 9:32 AM No comments: 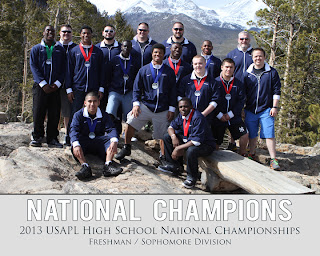 After winning the team National Championship, the Knights took the next day (Saturday) to take in the beauty of Colorado. The team toured the Red Rocks Amphitheater and then travelled to the Rocky Mountain National Park. The snow covered mountain tops were spectacular and there was even time for a snow ball fight. They saw elk, and rams on the side of a cliff. Before returning to the hotel, the entire team stopped downtown to load up on some Boney's Barbecue. The entire trip was a success and much more than just powerlifting. The students earned a memorable trip and they received just that. After the break, check out a couple more images from the last day and a recap of all of the events that took place over the week. Check it out after the break. 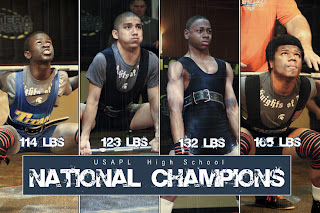 The Knights competed on Friday in the USAPL National Championships and... dominated the rest of the field. WA brought 10 lifters and each one placed within their weight class. In fact, the Knights crowned 4 individual National Champions, 5 lifters earned second place finishes, along with one fourth place finish. That might be the definition of domination for one team. But the success goes beyond just the pure numbers. This year's team may have been the most consistent of any of the other National Championship teams.

Two-time National Champion, Deddrick Johnson, scored a perfect 9 for 9 on his lifts, which has never been done before at Nationals by a WA lifter. He also broke his own WA record for total weight in the 132 pound weight class with 1,041 pounds. Five lifters set new personal max records at the Nationals meet. Some of those led to substantial placement changes in the competition. The most significant was in the 181 pound weight class and Bomani Busby's final deadlift. Currently in fifth place, Bomani successfully lifted 500 pounds, which was 25 pounds over his previous max. That vaulted him into second place. All that lifting earned the Knights their 8th consecutive team National Championship. They recorded a perfect score in the team event, the first time ever for a WA team. This year's individual National Champions were Danyal Anguey (114 pounds), Florentino Contreras (123 pounds), Dedrrick Johnson (132 pounds), and Quartney Parker (165 pounds).

Posted by Woodward Academy Knights at 8:57 AM No comments: 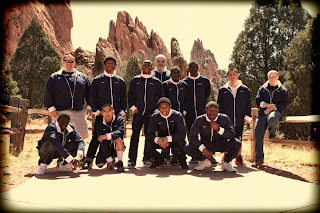 The road to Nationals is finally here with this being Part I of several installments to outline the happenings in Denver, CO. If you need to get caught up, here is the quick version. 1) Woodward Academy has won 7 straight USAPL team National Championships in powerlifting. 2) The event rotates venues each year with this year's competition being held in Denver, CO. The trip is always a great time for the lifters and provides a lifetime of memories. Prior to competition on Friday, the team made some time for sightseeing, an NBA game, and even some locales for the Harlem Shake. Check out more after the break.